If you don’t lock up your tokens,

your project shouldn’t get money from investors.

Different token offerings currently can be named as the most popular way to raise money for small startups, no matter how it’s called, ICO, IEO, or either STO. At the same time, there’s no way to restrict any fraudulent group from selling their own tokens by launching a crowdfunding campaign. So, the task of telling the good ones apart from the bad ones lies on the shoulders of investors themselves. However, it’s not impossible to distinguish fraudulent token offerings, because there are some certain signs, so-called “red flags”, that the project founders may disappear after the successful fundraising. One of these flags is the lack of a lock-up period after the fundraising. So why is it that important?

Why you should stay away from no-lockup token sales?

First of all, let’s see the reasons for freezing tokens. This practice came from the world of IPOs, and it serves many purposes. It repels all kinds of speculators, trying to enter the project at a low price and exit it immediately with profit after the sale which will cause price crash.

That’s very damaging to the projects right after the sale because other traders see the crash and stay away from that asset, as most traders in crypto trade on technical patterns, not on fundamentals. Locking up tokens sold at the initial round solves this problem — after seeing the lock-up rules, speculators go away to find another token sale.

Another issue with lock-ups is related to those tokens, that should serve as a reward for the team, developing the project, for its advisors and founders. The period of freezing is very long and usually lasts for around1 to 2 years. That also gives the certainty in the project to its investors, as its team has a strong motivation to work hard in order to increase the price of their tokens. Scam projects can’t afford themselves the luxury of freezing the tokens for any period of time, as they plan to disappear soon after the sale, not only with that they raised but also with the profits from selling their unlocked tokens. That’s why you should participate only in sales with lock-ups.

Usually, the rules of releasing tokens are defined in the smart contract itself. The contract can restrict token transferral to some addresses, for example, to exchanges that would prevent uncontrollable selling. Another option is to freeze all tokens and release them gradually, step-by-step. In some cases, a small portion of tokens can be released for functional purposes, for network trials and used by real users. But in most cases a certain amount, reserved for the team, gets frozen, but the ordinary users get their tokens soon after the sale.

How can it be implemented? Detailed explanation based on the example of Q DAO and USDQ.

A very obvious example of token freezing can be found in the Q DAO stablecoins ecosystem, developed by Platinum Q DAO Engineering. Q DAO includes a family of various stablecoins, currently, there are two of them — USDQ, USD-pegged, and KRWQ, pegged to Korean Won, and a governing token — Q DAO. More stablecoins, such as JPYQ, CNYQ, HKDQ, SGDQ will be added in the near future. Such diversity requires a varied approach to different tokens. USDQ or KRWQ can be bought at exchanges or created by using BTC as collateral for new tokens. After the creation of the token, they get released instantly and can be used immediately after receiving them.

Another story is the Q DAO token. For 10 months, Platinum Q DAO conducts an IEO, selling a portion of tokens each month at various exchanges, the first round took place at BTCNEXT Exchange. Q DAO tokens can also be purchased via OTC desk. Those tokens bought on exchanges aren’t locked, however, they don’t have a discount. If somebody plans to buy them via OTC desk, he/she can buy tokens with a significant discount, but these tokens will be locked up for a certain period of time.

Why do I use this ecosystem as an example? Because it illustrates well how a good project must behave. Platinum Q DAO has a detailed plan on spending these accumulated funds and for how long the team tokens will stay frozen. Advisors should wait for their tokens to be released for 1 year. The 40% that goes to the team will stay frozen as well. You might rarely see it among any crypto projects. All of the certain proves the point — the longer the team lock-up lasts, the safer investors should feel when they invest in the project.

Conclusion: no lock-up, no money.

According to the research by Icorating, about 48% of all ICOs in Q2 2018 had no lock-up period at all. After reading this article, you should know how dangerous it is to invest in such startups. Of course, all investment choices are up to you, the reader, but for any project, there’s absolutely no reason not to implement the token freezing, at least for the core team. Token lock-up is a signal that the team is dedicated and believes in the project’s success. Otherwise, why would you lock your assets for 4 years, as the Q DAO team did? Hence the only reason for locking up is when you’re ready to put in a great amount of work and get rich when your locked assets appreciate at price as a result of that work. That’s why it’s necessary.

Visit now Official Telegram chat in Korean and in English languages to learn more about the latest development hacks.

Anton Dzyatkovskii is the blockchain architect lead of Platinum Q DAO Engineering, a passionate entrepreneur, and a skilled negotiator. He is a hardworking business leader with more than 13 years of experience in different positions in FinTech, Retail, and E-Commerce. Experienced in expanding financial businesses to totally new markets. Moreover, Anton is also a co-founder of Platinum Q DAO Engineering, where he has helped to develop USDQ, JPYQ and KRWQ, the fully decentralized stable coins that simplify Bitcoin collateralization.

BTCNEXT exchange is a cryptocurrency trading platform designed for the beginner and delivered by experts. In order to protect investors’ funds, BTCNEXT developers have implemented more than 300 security measures. In the near future, users will be able to trade over a hundred types of tokens including Bitcoin, Ethereum, and Litecoin. For more information, visit their website and follow them on Twitter, Instagram, Telegram, Facebook, Medium, and LinkedIn. 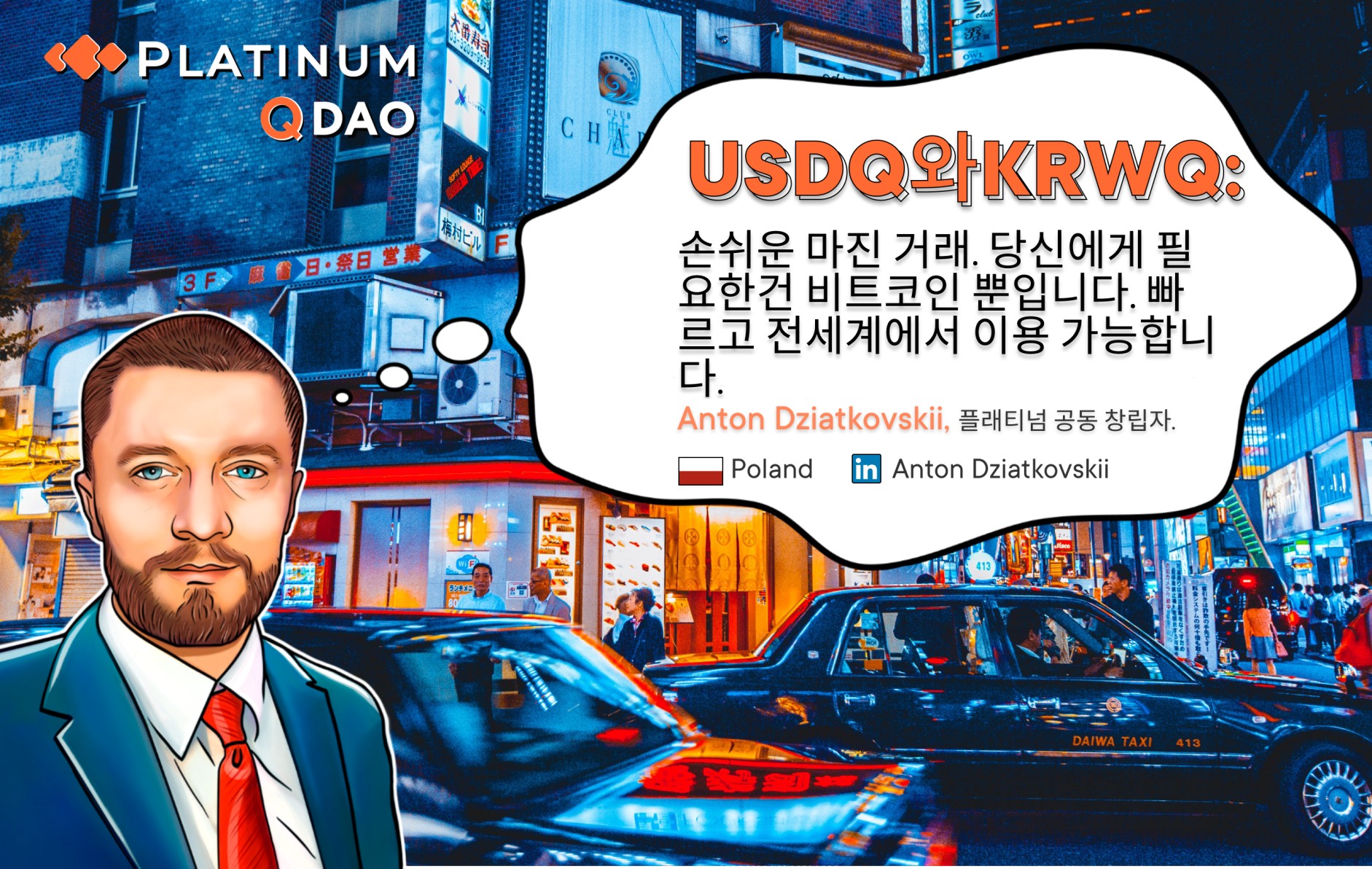 Article Name
Token Lock-Up: why it should become a standard. Look at Q DAO token by Platinum Q DAO Engineering, developer of BTCNEXT exchange and USDQ, KRWQ, JPYQ stablecoins
Description
Different token offerings currently can be named as the most popular way to raise money for small startups, no matter how it’s called, ICO, IEO, or either STO. At the same time, there’s no way to restrict any fraudulent group from selling their own tokens by launching a crowdfunding campaign. So, the task of telling the good ones apart from the bad ones lies on the shoulders of investors themselves. However, it’s not impossible to distinguish fraudulent token offerings, because there are some certain signs, so-called “red flags”, that the project founders may disappear after the successful fundraising. One of these flags is the lack of a lock-up period after the fundraising. So why is it that important?
Author
Anton Dzyatkovskiy
Publisher Name
Platinum Q DAO
Publisher Logo 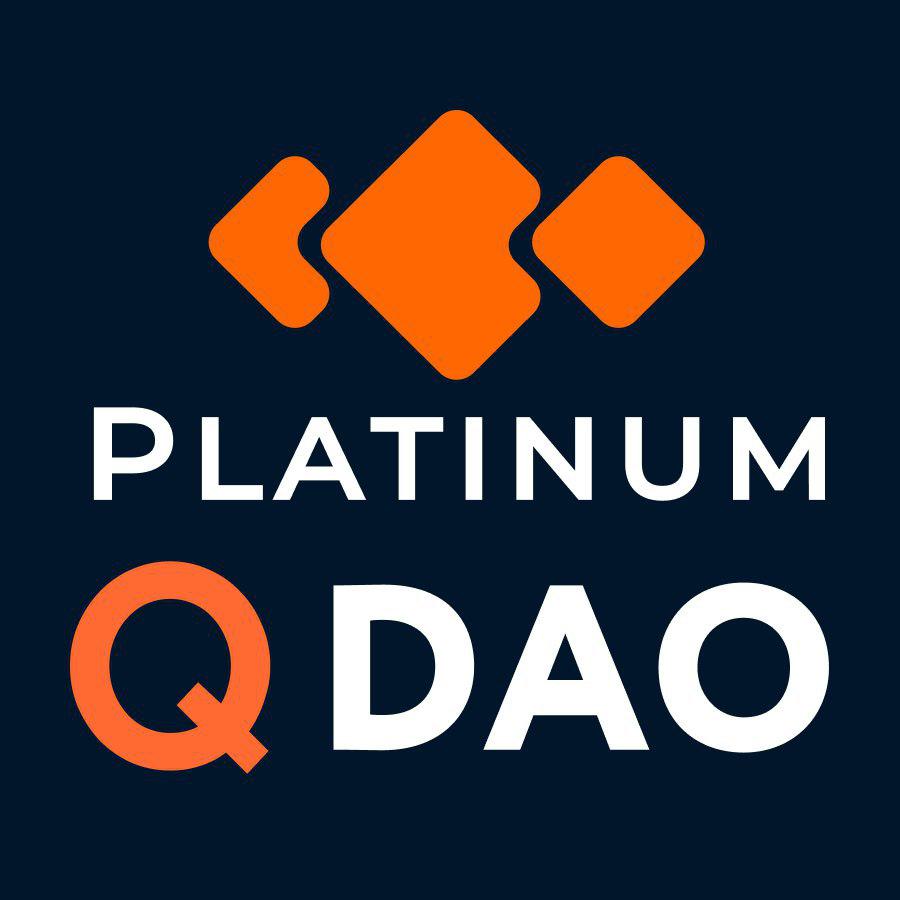